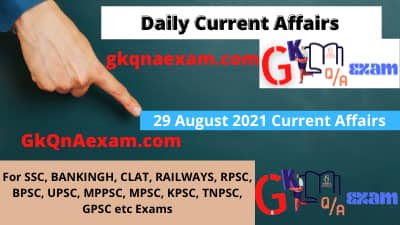 1. Which national helpline toll-free number has been issued for senior citizens?

2. DGCI lifted the ban on which jet after two and a half years?

3. In which city of India did the Defense Minister inaugurate the stadium named after Neeraj Chopra (Olympic gold medalist)?

4. Who inaugurated the renovated complex of Jallianwala Bagh Memorial on 28 August 2021?

5. In which countries did the four-day Malabar exercise in the offshore region of Guam begin with India?

6. Recently, how many judges have been appointed in the Supreme Court?

7. Who took oath as the Governor of Manipur?

8. Wrestling Federation of India and who launched the Quest for Gold at Paris Olympics 2024 program to support the wrestling community?

9. Which minister of Haryana started the sports competition under Khelo Haryana?

10. Which ministerial post was not named in the cabinet formed by Malaysian Prime Minister Ismail Sabri?