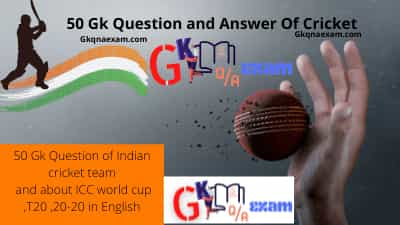 1) The distance between the popping crease and the bowling crease is:

2) The West Indies hit 421 batting first in their warm up match versus who?

3) What was the official name of the first World Cup?

4) What town are the Derbyshire County Cricket club based in?

5) The prize money of Prudential World Cup for the winner amounted to:

7) In first class Indian matches, the maximum distance allowed from pitch to the boundary/ line is:

12. Which Cricket Team is known as Men in Blue?

13. What is the name given to an Organized group of Indian Cricket Team Supporters?

18. When was the First International Cricket Match held in India?

19. Which Stadium hosted the First International Match in India?

20. Who was the Indian Captain when India won the Cricket World Cup in 1983?

21) How many minutes before play should the umpires take the field?

23) India achieved its first Test victory against Australia in:

24) Who was the Man of the Match in the first One-Day International?

25) Which Indian player was ‘rusticated’ and sent back during the 1936 English tour?

26) Bangladesh – Who was their top run scorer?

27) What is Australia’s highest score against India?

28) What town are the Essex County Cricket Club based in?

29) The first Caribbean cricketer to be knighted was:

31) The trophy awarded to the winner of England – New Zealand Test series is:

32) How many times Chennai Super Kings won the IPL?

33) Who is the first Indian to cross 6000 runs mark in one day Internationals?

36) Which national team is nicknamed “The Proteas” or “The Springboks”?

37) When and where did India play her first one day International?

38) Name the ground in England where only one Test has been played?

39) Who were the Mohammed brothers playing Test Cricket for Pakistan?

41) With which championship did the ‘Official’ one day cricket begin?

42) What players nickname is SOS (Son of Swampy)?

44) New Zealand – What was their highest team score?

45) Both father and son scored centuries for India, Who are they?

46) How many Championship wins has the Glamorgan County Cricket Club had?

48) What was the Kolkata Knight Riders highest total for 2017 season?