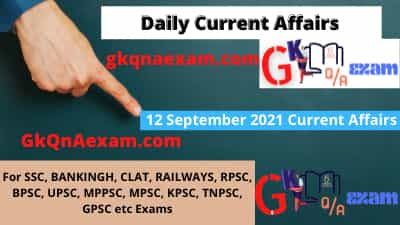 1. President Ram Nath Kovind will lay the foundation stone of which university on his visit to Prayagraj today?

2. Who has become the first South American player to score the most goals (79) in international matches?

3. The UP government has banned the sale of meat and liquor by declaring 10 km radius of which city as a pilgrimage site?

4. Who has been appointed as the new Chief Secretary by the Government of Andhra Pradesh?

5. Former President of Portugal has passed away at the age of 81. What was his name?

6. Who will be inaugurated by Prime Minister Narendra Modi through virtual medium today?

7. Who has taken over as the chairman of the National Commission for Minorities in New Delhi?

9. Who has been awarded the Best Music Director award for the film “Flute – The Flute” at the 20th Imagine India Film Festival?

10. Which film actress has been appointed as its brand ambassador by kitchen accessories company (WonderChef)?