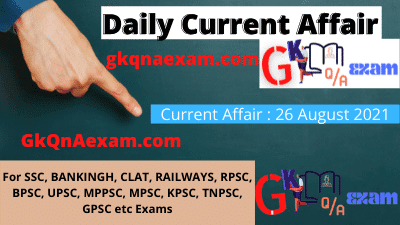 1. State Bank of India has signed an MoU with one Kathmandu-based National Banking Institute (NBI) for their human resources .development

2.Delhi& government of Moscow has  Sign Twin-City Agreement for help

What was the theme of that?

What is Capital Punishment?

9. Tushar Mehta is  Appointed as the Solicitor GOI

You Know what is Solicitor General?

13.Pravin Srivastava is Appointed  As the Chief Statistician of India (CSI).

What is Indus Towers?

19.Our External Affairs Minister Sushma Swaraj  has Participates In the  17th CHG Meeting Of SCO In Tajikistan

20.International Day Of The Girl Child was on: -11 October

24. Ukraine had a series of large-scale air force exercises with the US and other NATO countries.

25.BPCL To Set Up Country’s 1st Biofuel Plant in Bargarh district of Odisha by 2020.

29.UNICEF, & has Signed  MoU with  NASSCOM To Strengthen Child Rights

31. Nitin Gadkari has Laid the  Foundation Stone  Rs1,224 Crore for the Highway projects In Uttar Pradesh.

36. Nikki Haley has  Resigns As the US Ambassador To United Nations

39. Google WILL  Shut Down it Google+ For Consumers Over The Security Lapse

46. James P Allison and Tasaku Honjo get a noble prize in the field of Physiology or Medicine

47.Arthur Ashkin,Gerard Mourou, and Donna Strickland get a noble prize in the field of  Physics

48.H. Arnold ,George P. Smith, and Sir Gregory P. Winter get a noble prize in the field of Chemistry

49. Denis Mukwege and Nadia Murad  get a noble prize in the field of Peace

53..Indian Railways has  Signed  Agreements With Government Of Russian Federation

56. The Confederation of Indian Industry (CII)  has signed an MoU with the UN Environment for the  coherent implementation of the environmental dimension of sustainable development.

67. Apple has Displaced Google To Become  Top Brand In The World

68..Reliance Health Insurance has  get  Final Approval From IRDAI

69. Sanjay Verma is Appointed As India’s Ambassador To Spain

70. Pankaj Sharma is Appointed as India’s Ambassador To UN Conference On Disarmament(UNCD) in Geneva, Switzerland.

72. In Buenos Aires, Argentina is the place of Youth Olympic Games 2018

Alphonso Mango is from Ratnagiri, Sindhudurg and other adjoining areas in Maharashtra

77. India get 28th Rank In Government E-Payment Adoption, and Norway has  Toped

81.36th National Games will Held  Next Year In Goa

82. India &  Kazakhstan  is Agree To Boost Defence And Military-Technical Cooperation

84.Chanda Kochhar has Quits As CEO Of ICICI Bank

86.NMCG has Partnered With TSAF To Launch “Mission Gange”

89.1st  Regional Conference On ‘Women In Detention And Access To Justice’ was held In Shimla

How To Get Free Netflix